Wickramasinghe’s Family is a very big family. He is the one who started (Lak Cinnamon Planters & Exporters (Pvt) Ltd Company. From the childhood he used to buy and sell cinnamons. He had cinnamon lands which belonged to him from his family. From the childhood he liked to grow cinnamon and he had a good knowledge about cinnamon and other spices. Later he began to grow cinnamon, collect them and used to sell for vendors. At that time he handled his business alone. With the frustrations of prices in the market he hardly able to build up his own business. For that he did a huge dedication

By 1991, Mr.Thilakarathna Wickramasinghe started to supply cinnamon to Colombo which is from Karandeniya, He was able to build up a good bond with other businessmen. And he was able to supply best cinnamons to the market challenging all other vendors. Then Mr.Thilakarathna Wickramasinghe started to export cinnamon and other spices .He made

His business and that time the name “Lak Cinnamon” was very popular. Because of his dedication and enthusiasm finally he was able to export cinnamon to other counties. Such as Mexico, Chile, Peru, Germany, USA …etc.

Today, his business is being handled by his son Roshan Sampath Wickramasinghe, Ruwan priyantha Wikramasinghe and his daughter, Anoma Sadamali Wikramasinghe. supply of best product and fair prices. Their product are unique to them and it can be consider as pure Sri Lankan spices. The success of Lak Cinnamon Planters & Exporters (Pvt) Ltd  can be attributed to its own unique product 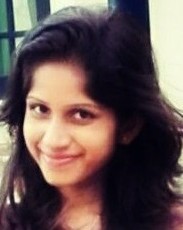