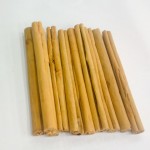 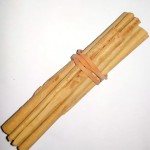 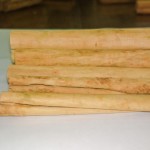 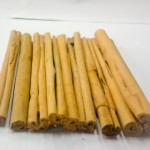 Cinnamon is the dried inner bark of an evergreen tree called the Cinamomum Zeylunicum that is harvested during the rainy season in Sri Lanka from May to January. It is when the bark is most flexible and easiest to work with.

A wild cinnamon tree can grow to 65 feet (20 meters) high, but trees used for harvesting once reached about 10 feet are pruned down at about 2 years of age to produce an abundance of finer bark-yielding growth called, “coppicing”. Once the tree reaches 3 years of age it’s harvested twice yearly following each rainy season. Our trees are hundreds of years old and can live up to another hundred or more years.

Ceylon Cinnamon and Sri Lanka’s affinity is so strong that the very botanical name Cinnamomum zeylanicum is derived from the island’s ancient name Ceylon.

Ceylon Cinnamomum zeylanicum also called “True Cinnamon” is indigenous to Sri Lanka. Several attempts have been made to transplant cinnamon trees to other parts of the tropic world, but they have become naturalized only on the Seychelles and Madagascar although low in quality.

Strongly aromatic, strong taste much less coarse than Cassia, sweet, pleasant, warm and but hardly bitter or astringent. Compared to its relatives, cinnamon has a fresh or lively tone that is missing in all other cinnamon species such as Cassia.

The essential oil of cinnamon bark (max. 4%) is dominated by the two phenylpropanoids cinnamaldehyde (3-phenyl-acrolein, 65 to 75%) and eugenol (4-(1-propene-3-yl)-2-methoxy-phenol, 5 to 10%). Other phenylpropanoids (safrole, coumarin [max. 0.6%] cinnamic acid esters), mono- and sesquiterpenes, although occurring only in traces, do significantly influence the taste of cinnamon. Another trace component relevant for the quality is 2-heptanone (methyl-n-amyl-ketone). The slime content of the bark is rather low (3%).

From cinnamon leaves essential oil (1%) can be obtained that consists mainly of eugenol (70 to 95%) and can be used as a substitute for cloves. Small amounts (1 to 5%) of cinnamaldehyde, benzyl benzoate, linalool and β-caryophyllene have also been found.